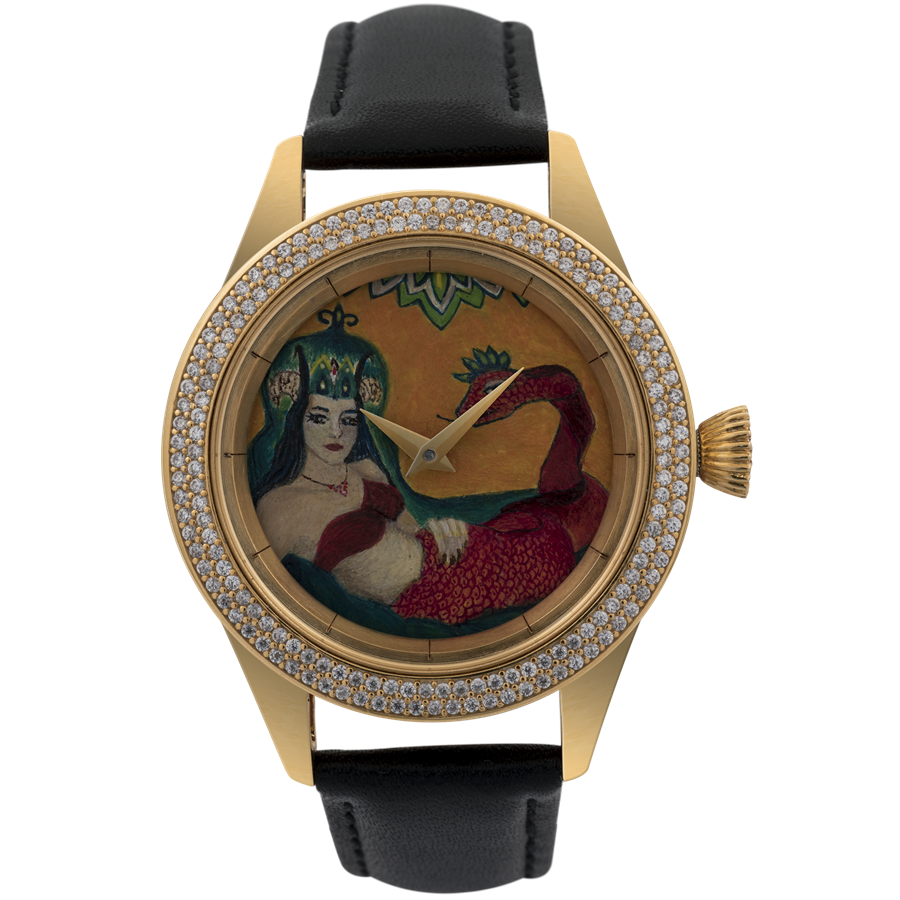 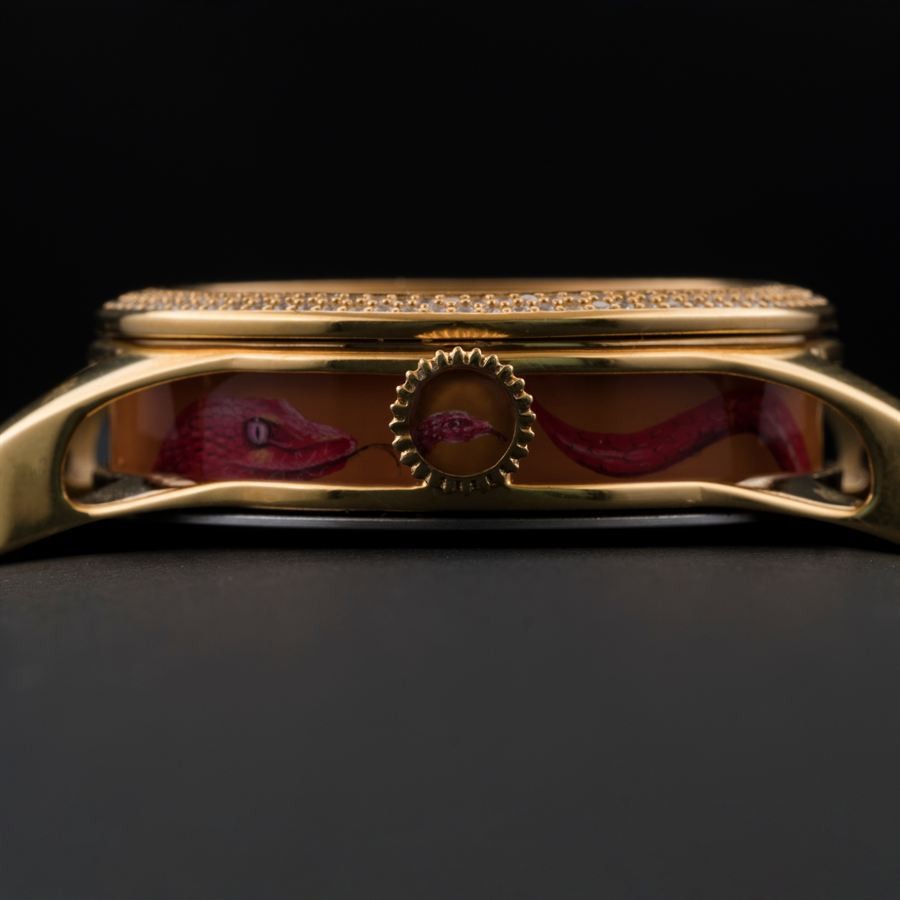 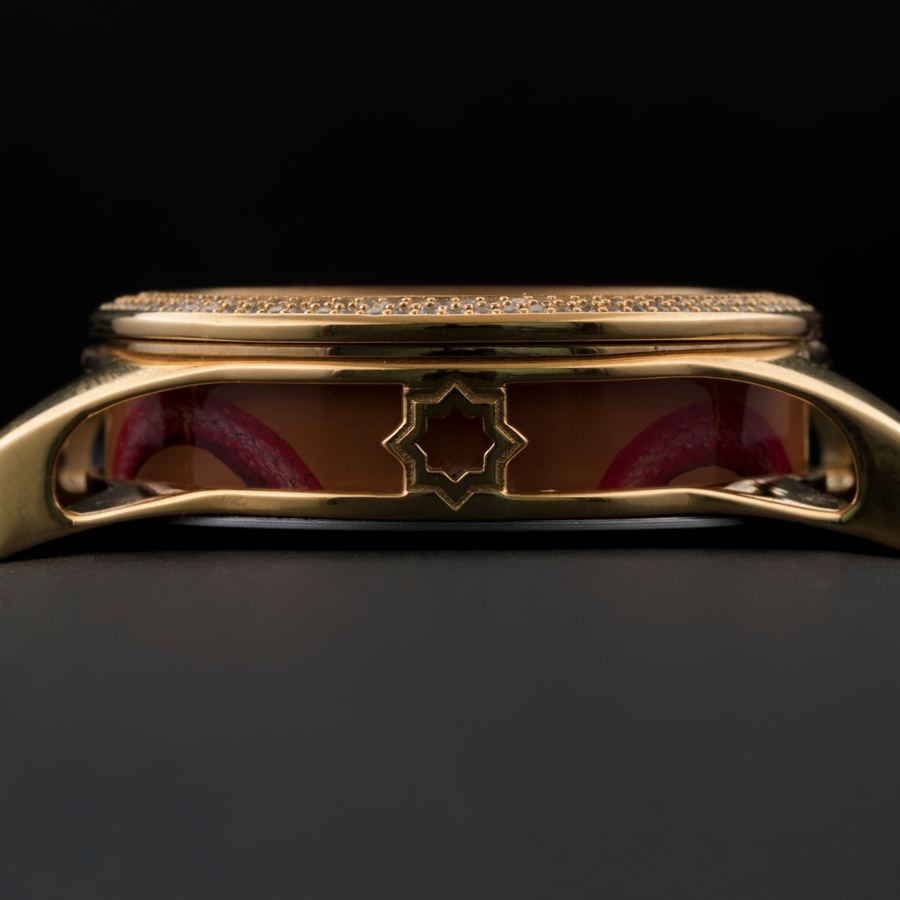 Micro arts have a way of depicting the forms in a way that brings out the mysterious side of the composition. Such possibility for interpretation makes it possible to create highly personalized artworks, as well as expressing the enigmatic elements of mythological and legendary narratives. Shahmeran is one such narration.

CONTACT US
A Legend of Wisdom, Medicine and Love 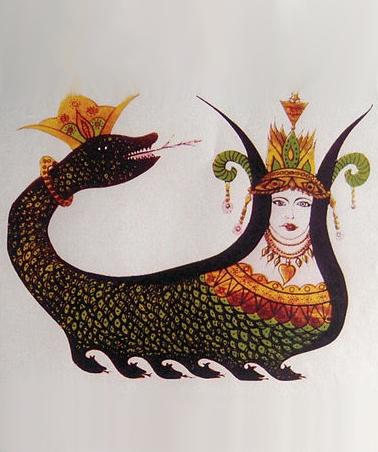 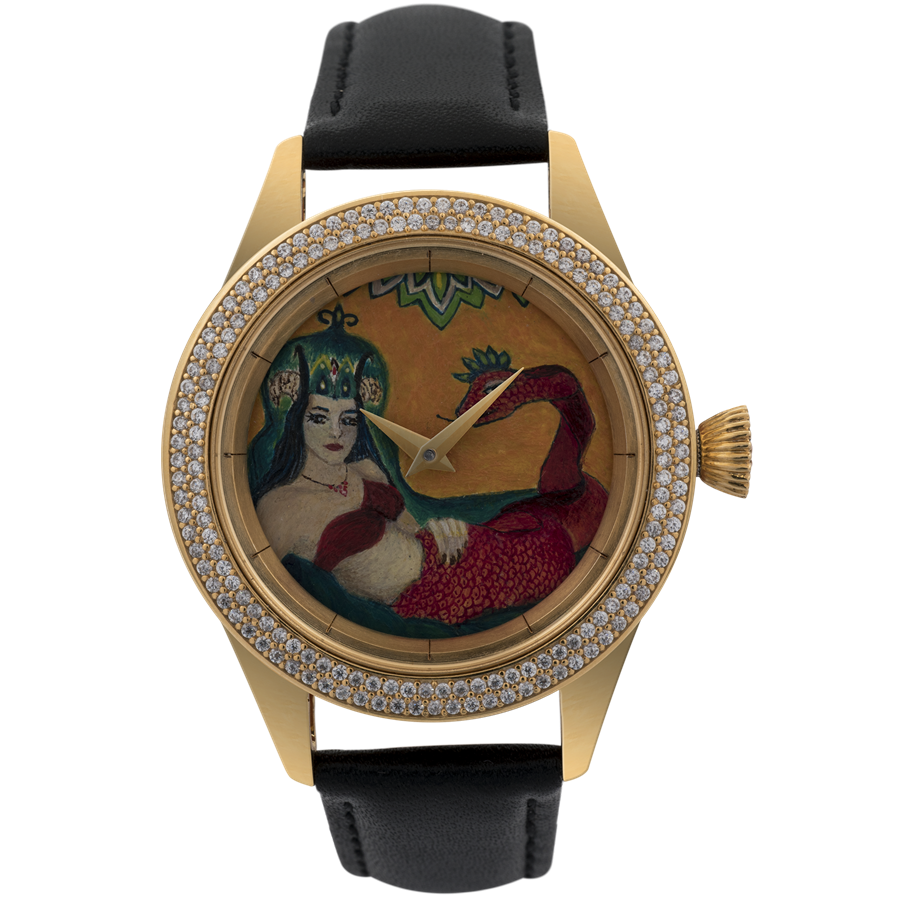 The half woman, half snake form of Sahmeran which is a snake waist-down and a woman of upper torso, is also known as the mother of all snakes, the master of snakes or the queen of snakes. These snakes were called the meran and lived seven layers beneath the earth. The shah, master, of the meran was therefore called the Shahmeran. These meran were reputed of being intelligent, peaceful and compassionate. Shahmeran, afraid of the harm that would come to her snakes, grew protective over her subjects and became distrustful of mankind.

However, as one of the many legends about Shahmeran goes, one man had discovered the garden of Shahmeran as he was left behind in a cave after being sent down to collect honey in it. His compatriots, wanting to get more share of the honey he sent them from down below, had escaped without letting him out. The man, called Camasb, sees a light flickering through a tiny hole on the wall of the cave and starts to cut through with his knife. Through the gap he spectates a beautiful garden with incredible herbs and plants, the beautiful snakes enjoying the flora alongside their queen. Awe-struck by this spectacle he climbs through the hole and enters the garden.

Camasb lives in the garden for many years, earning the trust of Shahmeran who teaches him about the miraculous herbs and cures. One variation says they fall in love through the many years, however Camasb misses the overworld and begs the Shah to leave the garden. She accepts, though with one condition that he will not tell anyone about the location of the garden. Going back to his family Camasb keeps the secret safe with him for many years, until one day hearing that the sultan fell ill and the vizier had learned that the only cure was the flesh of the Shahmeran.

Upon fearing the fate to befall on the empire, Camasb is forced to tell the location of the cave which leads to Shahmeran getting captured. Shahmeran tells Camasb to boil her in earthware and make the vizier drink the water, though to make the sultan eat her flesh. When the sultan eats the flesh he gets healed, the vizier drinking the water falls to his demise, and Camasb, having eaten her flesh gains all of her wisdom and knowledge about medicine, becomes a famed doctor, replacing the vizier. The medical expertise he learns from Shahmeran is such that it’s rumored that the snake in our current icon for medicine is said to come from the image of Shameran.

There are countless variations of the legend, such as that Shahmeran being a male shah of snakes and falling in love with the daughter of the emperor, or that the meran will one day invade the earth in revenge of their shah. In every variation there are the palace baths, the place where Shahmeran is boiled. The rumor is that anyone who has at least seen the Shahmeran once in their lifetime would grow scales on their backs when they enter this bath, so one way to learn the location of Shahmeran was to welcome everyone into these baths and checking their backs to see if they have scales.

There are several didactic aspects to these variations, such as that in one the protagonist finds the Shahmeran wounded in a forest. Being able to cure any illness, the creature is unable to cure herself. In another one, each different part of her body has a different attribute if eaten, one poisonous, one curative and one granting knowledge. This is taken as a lesson of medieval medicine, that one part of an item can be curative while another disastrous. In one version, before leaving, Shahmeran telling her snakes that she is going to the baths and will join a wedding afterwards, rumors that the snakes are still waiting for her to return, thinking that the drumbeats are from her wedding. Therefore every wedding must have a lot of drums to keep fooling the snakes, so that they don’t come invading, which they will, at the end of the earth, when there are no longer weddings and the drums will be silent.

The image of the Shahmeran is depicted in many different parts of the world with different iconography and motifs. She is mainly depicted as a woman with a female body, a snake’s tail as the lower body, and snakes in place of legs, with the head of a snake at the end of her tail. She symbolizes health, cure, wisdom as well as narrating the story of protection, treachery and anthropocentrism. 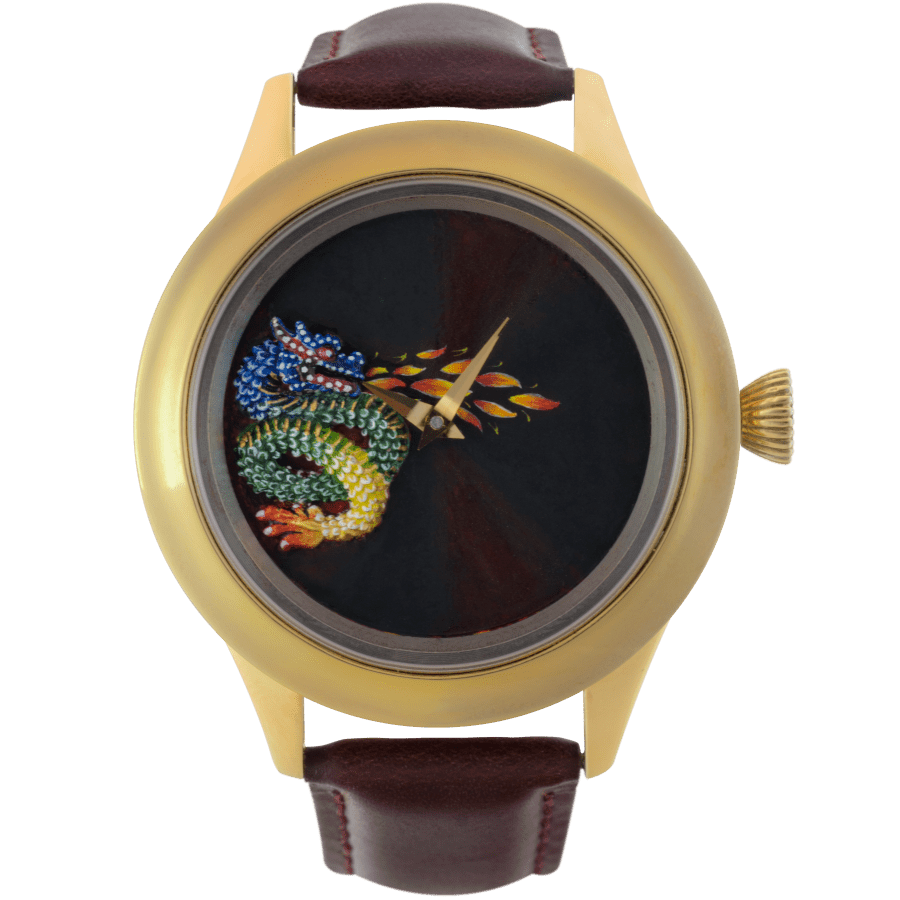